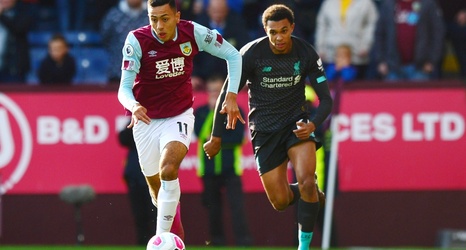 Dwight McNeil hopes his Premier League pedigree will help him win a first England Under-21 cap.

McNeil is with Aidy Boothroyd's squad preparing for a friendly in Slovenia on Friday night and a European qualifier against Austria at MK Dons next Tuesday night.

And as one of only a couple of outfield players to have featured regularly in the top-flight this season, the Clarets’ winger has put himself firmly in the frame for a starting role.

“On Saturday, it was my 30th Premier League appearance which I didn’t know until after the game,” said McNeil – who has started every league fixture bar one for the Clarets since the turn of the year.