McNeil Back In England U21s 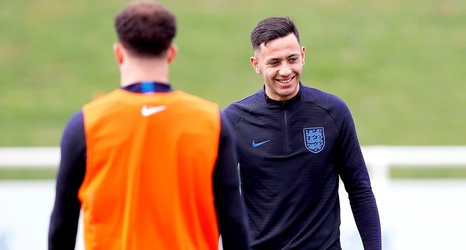 Dwight McNeil has again been named in the England U21 squad for their upcoming matches.

The Clarets teenager has again been included in Aidy Boothroyd’s squad, a month after being forced to withdraw from his debut call-up with a minor injury.

McNeil will now link up with the U21s at St George’s Park next Monday for fixtures away to Slovenia on Friday, October 11, and a European U21 Championship qualifier against Austria at Stadium MK, Milton Keynes, on Tuesday, October 15.

The 19-year-old winger, an ever-present in Sean Dyche’s squad this season, has previously been capped at Under-20 level after breaking into the senior set-up at Turf Moor just over a year ago.