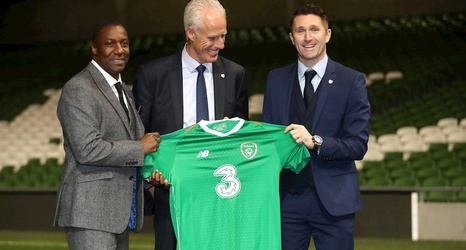 Mick McCarthy has included five Clarets in the first provisional squad he has selected since returning for a second spell as Republic of Ireland manager.

Jeff Hendrick, Robbie Brady, Kevin Long and Stephen Ward, along with defender Jimmy Dunne - who is currently on loan at Sundeland - have all been named in an original party for Euro 2020 qualifiers away to Gibraltar and at home to Georgia.

The final squad will be confirmed on Sunday evening.

McCarthy, who previously managed Ireland between 1996-2002, was re-appointed as Martin O’Neill’s successor in November, 2018.