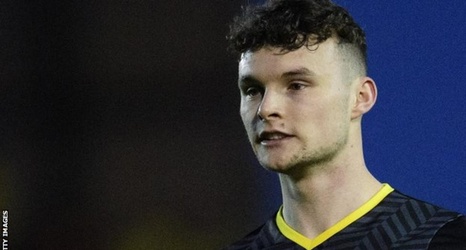 Championship side Burnley have signed defender Luke McNally from Oxford United on a four-year deal.

The 22-year-old was brought to Turf Moor for a reported fee of £1.6m, BBC Radio Oxford understands, after 18 months with the League One side.

Former Republic of Ireland Under-21 centre-back McNally played 35 games for the U's, following a move from League of Ireland side St Patrick's.

"It's all happened so quick," McNally told the club website.

McNally is the second player brought to the club since new boss Vincent Kompany was appointed, along with free-scoring forward Scott Twine from MK Dons.