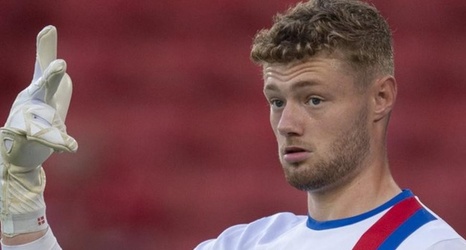 Danish goalkeeper Lukas Jensen has joined Accrington Stanley on loan from Burnley for the 2022-23 season.

The 23-year-old joined Burnley in August 2019 from Danish second division side Hellerup IK but is yet to make a first-team appearance for the Clarets.

"He will be a valuable asset and will challenge for the number one spot," said Accrington manager John Coleman.

"He commands the area well and could play for Burnley's first team one day."

Jensen is the third player brought in by Accrington this summer, after midfielder Mo Sangare and forward Matt Lowe.