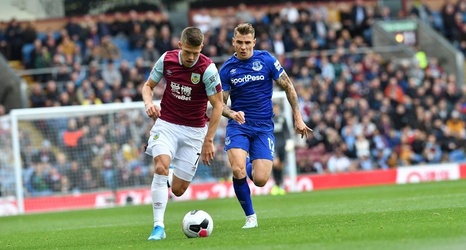 Sean Dyche hopes Johann Berg Gudmundsson can enjoy an injury-free run-in to the season once he makes it back into the Clarets’ line-up.

Gudmundsson has been restricted to just seven Premier League appearances this term – including four starts – by a hamstring injury which first struck on international duty with Iceland in October.

A post-Christmas comeback was curtailed by a recurrence of the problem during the Clarets’ FA Cup third-round win over Peterborough.

The winger is back in full training and while Saturday’s visit of Bournemouth may come too soon for a return, Dyche wants the patient approach to pay off in the long run.