Long on Target For Ireland 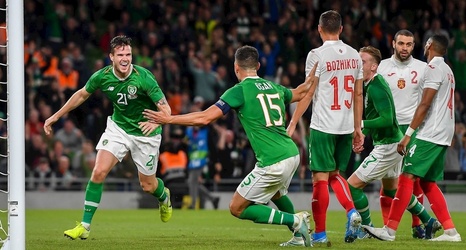 Kevin Long was on target and Jeff Hendrick earned his 50th Irish cap as a number of Clarets players have again been away on international duty.

Defender Long was a rare goalscorer as Ireland beat Belarus in a friendly at the AVIVA Stadium on Tuesday night, with Hendrick appearing as a late substitution, five days after clocking up a half century of caps for his country in Ireland’s Euro 2020 qualifier against Switzerland, again in Dublin, which ended 0-0.

The 27-year-old has represented his country at every level since breaking out at U15 level, scoring two senior goals in an international career spanning six years; the last coming in the 1-0 win over Gibraltar in March.