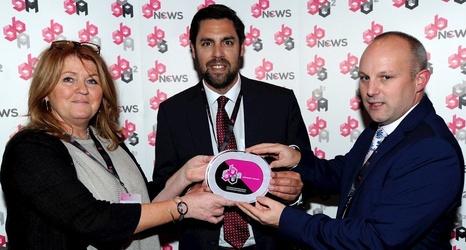 Burnley FC in the Community’s Brierfield-based community leisure facility, The Leisure Box, has been recognised on an international scale, after winning Community Project Award at the TheStadiumBusiness Design & Development Awards at the Hilton London Wembley.

This is the facility’s second award in just over two weeks, following its Community Initiative of the Year triumph at the 2019 Northwest Football Awards on Monday 11th November.

Despite facing competition from shortlisted projects based in the USA, Japan, Italy and other parts of the UK, The Leisure Box now has two awards to its name since being officially opened in April this year by former Prime Minister Rt Hon Theresa May MP.