Leeds boss Jesse Marsch admits keeping club up 'took all of my being' and insists they 'have to build in the right way', having clung on to Premier League survival on the final day 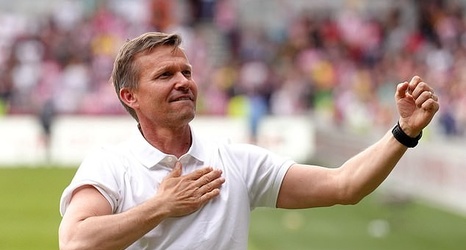 Leeds boss Jesse Marsch admitted that the club's escapology act on the final day of the Premier League season took everything out of him.

The Whites sat in the relegation zone at the start of play and knew that they had to better Burnley's result in order to stay up.

They did just that as Jack Harrison's 93rd-minute goal secured a 2-1 victory away at Brentford, while the Clarets fell to a 2-1 defeat against Newcastle.

Marsch, who replaced Marcelo Bielsa as manager at Elland Road at the end of February, outlined his plans to develop the club after securing survival.