Jimmy Robson: Tributes to Burnley legend who has died aged 82 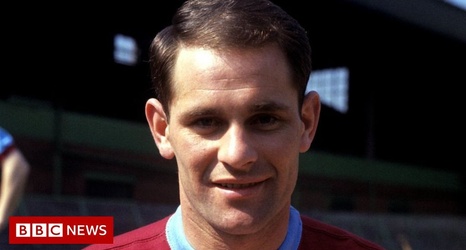 Tributes have been paid to the striker who scored the 100th goal in an FA Cup final after his death at the age of 82.

Jimmy Robson, who netted 100 goals in 242 league and cup games for Burnley FC, was a key member of their 1960 side which won the Division One title.

Robson, who was born in County Durham, was diagnosed with dementia in 2015.

He is the seventh member of Burnley's title-winning squad to die with Alzheimer's disease.