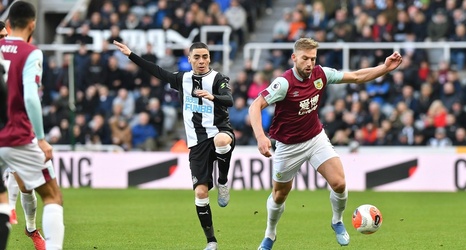 Charlie Taylor is eyeing 40 points to set up a big finish to the season.

The Clarets took their total to 38 as a 0-0 draw at Newcastle United last Saturday extended their unbeaten run to six games.

No Burnley team has amassed this tally of points with 10 games still to go in a Premier League season.

And Taylor hopes getting past the 40-mark can lead to even better things after a remarkable transformation in fortunes following a testing mid-winter run which had brought seven defeats in nine games before high-flying Leicester City were beaten at Turf Moor in mid-January.