Farrell Picks Out The Positives 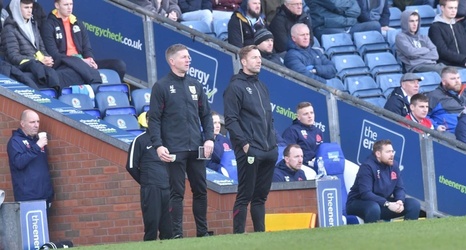 Andy Farrell believes there are plenty of positives to take from his side's 2-1 defeat at Blackburn Rovers this afternoon in the Premier League Cup.

Burnley's 17-match unbeaten run, extending all the way back to the first game of the season, came to an end this afternoon at Ewood Park, against a Blackburn side boasting over 300 professional appearances, in Dominic Samuel, Harry Chapman, Ben Gladwin and £7m signing Ben Brereton.

But Rob Harker clawed one back for the away side in a very dominant second-half display from Burnley.