Dyche Is Manager Of The Month! 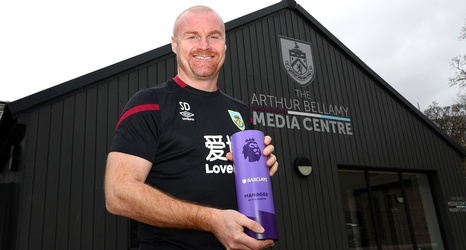 Sean Dyche has been named the Barclays Premier League Manager of the Month for February.

The Burnley boss landed the prize after guiding the Clarets to an unbeaten four-match run – including wins over Southampton and Bournemouth – during the month.

Dyche topped a short-list ahead of Manchester United’s Ole Gunnar Solskjaer, Arsenal’s Mikel Arteta and Chris Wilder of Sheffield United to win the award for the first time since March, 2018.

“It’s important to mention it’s a collective award. I’m very pleased for all concerned,” said Dyche, whose side extended its unbeaten run to seven league games prior to the suspension of the league programme.