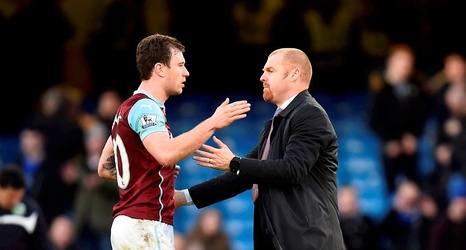 Sean Dyche has hailed Ashley Barnes as a “fantastic signing” after the striker pledged his future to the club by penning a new deal.

Barnes will take his Turf Moor tenure to at least eight years after signing on until the summer of 2022.

And the Clarets boss, who made the former Brighton hitman his first paid-for signing back in January 2014, believes there is still room for improvement!

“It’s a pleasing one to get over the line. We’ve been looking to align a few different situations, including Ashley,” said Dyche.

“He has a good attachment to the club and the fans, and he’s earned that.