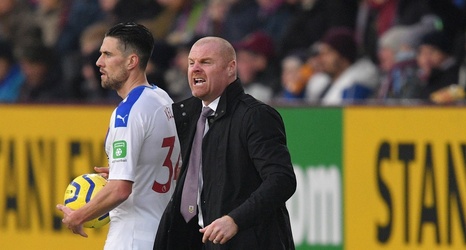 Sean Dyche cut a frustrated figure as he reflected on the home defeat to Crystal Palace.

The Clarets fell to goals in either half from Wilf Zaha and Jeff Schlulpp – and lost Charlie Taylor to a hamstring injury early in the contest.

And the Burnley boss felt the crucial moments all feel Palace’s way as the Eagles earned a first win in six games.

“Frustration is the right word because I wasn’t overly disappointed in the performance,” mused Dyche.

“We weren’t quite as sharp as we have been recently, but we still created enough chances to get something from the game.