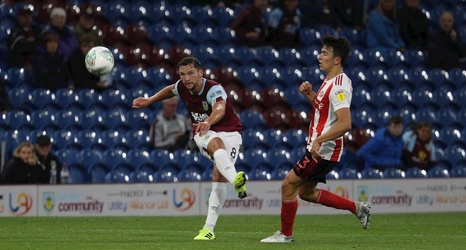 Sean Dyche is focused on helping Danny Drinkwater return to the top of his game at Turf Moor.

Drinkwater has been sidelined after suffering an ankle injury in an off-the-field incident which attracted widespread media interest.

The on-loan Chelsea midfielder could be back in training in a fortnight’s time and the Clarets’ boss is keen to keep working with someone who is a previous Premier League winner and an England international.

“He’s a player I had worked with before at Watford, quite a number of years ago,” said Dyche.

“I think I know a little bit about what he’s about.