Drinkwater Closes In On Return 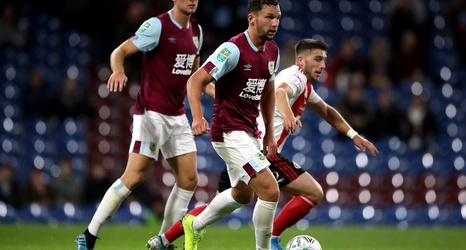 Danny Drinkwater could make his 100th Premier league appearance this weekend as Sean Dyche ponders adding the midfielder to the Clarets squad.

The Premier League-winning midfielder has been sat on 99 games since his last top-flight game, for parent club Chelsea, in March 2018.

But after regaining full fitness following an ankle injury, boss Dyche insists the 29-year-old is in his thoughts ahead of Saturday’s visit of Crystal Palace.

The Clarets boss said: “I think Danny is getting to as a close as you can get.

“He’s had a number of reserve games now, which is important because he hasn’t had much football.