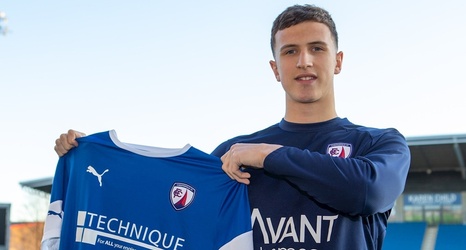 Jordan Cropper has joined the list of young Clarets moving out on loan by joining National League side Chesterfield.

The Under-23s’ defender will spend the rest of the season with the Spireites to help their fight to avoid relegation.

It will mean valuable first-team experience for Cropper, who has been at Turf Moor since signing as a scholar in February, 2017.

Arriving from Ilkeston Town initially as a forward, the 18-year-old was quickly converted to a right-back and after impressing in the Under-23s earned a first professional contract last summer.

Cropper becomes the seventh member of the U23s squad to secure a loan move since the January transfer window opened.