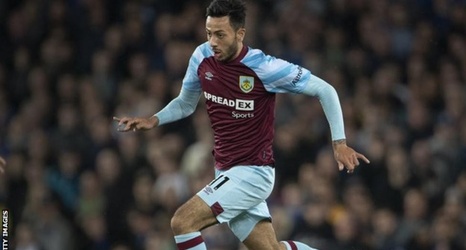 Burnley have announced the team will wear the Alzheimer's Society logo on their shirts for the Carabao Cup tie with Rochdale on Tuesday.

Seven of the club's First Division winning side from the 1959-60 season were diagnosed with dementia.

"This is a cause close to our hearts," said Burnley's head of commercial partnerships Ella Cummins.

In November 2020, former Clarets forward Jimmy Robson told how he has been living with dementia after six of his team-mates died with the condition.

The club added they are supporting the charity's Sport United Against Dementia campaign "to ensure the sporting community can get the dementia support they need and deserve".