Burnley: Mike Jackson says his squad are 'gutted' after their Premier League relegation 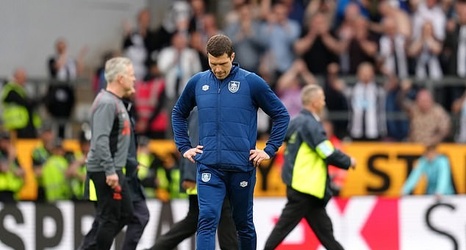 Burnley interim manager Mike Jackson has described his side's relegation from the Premier League as 'emotional' and 'raw', but admitted he was 'proud' of their efforts to avoid the drop on a final day of drama.

The Clarets' six-season stay in the top-flight shuddered to an end this afternoon after Newcastle beat them 2-1 at Turf Moor. Agonisingly, a victory for the hosts would have sealed their survival, but their disastrous start left them with a mountain to climb.

Jackson was handed the reins temporarily after the club sacked Sean Dyche in an eyebrow-raising decision, one which has ultimately failed to pay off.