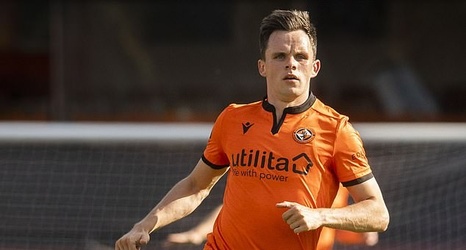 Burnley have asked about a £500,000 loan deal for Dundee United striker Lawrence Shankland.

Club scouts checked on the Scotland international on Friday night as Dundee United lost 2-1 at home to Livingston in the Scottish Premiership.

Burnley also like Tangerines forward Logan Chalmers but Shankland is their main target.

The 6ft 1ins striker has scored 30 goals in 38 games for the Tannadice Park club albeit predominantly in the Scottish Championship. He was rewarded with a call-up to the Scotland squad last year.

Though he is pivotal to Dundee United's prospects they are keen to raise funds to keep the club afloat.