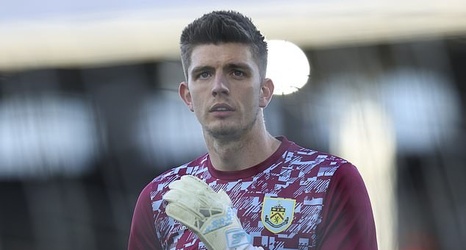 Nick Pope has undergone surgery on the knee injury that ended the Burnley goalkeeper's hopes of being selected for England in this summer's European Championship.

Pope has won seven caps for his country and would have been expected to take his place in Gareth Southgate's squad, but the 29-year-old missed the final three games of the recently completed Premier League campaign.

He had been hoping to feature against Sheffield United in last Sunday's season finale but felt further discomfort in his left knee, so he had what Burnley termed a 'successful' operation to address a cartilage issue.