Burnley forward Ashley Barnes claims Premier League referees want the Clarets to get relegated... and references their 'ugly' reputation as an incentive to see them relegated 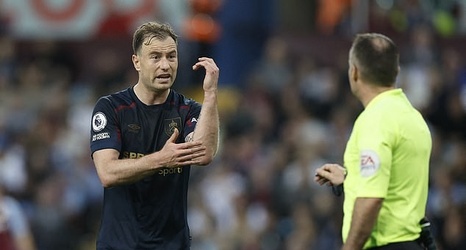 Burnley forward Ashley Barnes believes his team suffer for their ‘ugly’ reputation and believes even referees want to see them relegated.

The club’s Premier League future is on the line today — they will stay up if they beat Newcastle — and Barnes is claims there will not be many tears shed if they fail.

‘In recent seasons people look at us and think we’re a hard team, being ugly,’ he said. No disrespect, I think people, even referees, want us gone from the league.’

Barnes was frustrated with referee Kevin Friend’s decision to award Spurs a penalty in last week’s 1-0 defeat at Tottenham.