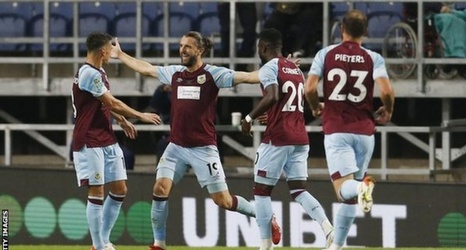 Burnley's Jay Rodriguez scored all four goals as the Clarets secured their place in the fourth round of the Carabao Cup with an ultimately comfortable win over Rochdale.

Rodriguez flicked in a header from new signing Maxwel Cornet's corner three minutes later and the 32-year-old then scored on 60, 62, and 77 minutes to complete a goalscoring masterclass.

When Beesley drilled the ball into the bottom corner past goalkeeper Nick Pope to break the deadlock, it looked like there could have been a cup upset on the cards at Turf Moor.