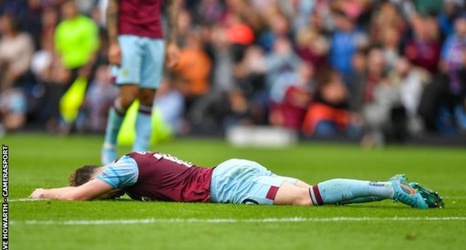 After six years of battling against and surprising English football's elite, Burnley's spell in the Premier League came to an end on an emotional afternoon at Turf Moor.

Burnley would have secured a seventh successive campaign in the Premier League if they had beaten Newcastle, but Clarets supporters' worst fears were realised as they trailed 2-0 after 60 minutes.

It was the final chapter of a huge managerial gamble that has ultimately backfired.

A goal from Maxwel Cornet gave the home fans hope but, despite a frantic finish, Burnley lost 2-1, with Leeds, who started the final day in the relegation zone, jumping above them thanks to a 2-1 victory at Brentford.