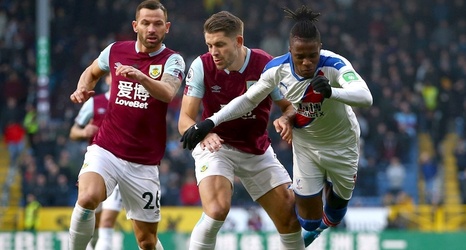 Below-par Burnley opened the door for Palace to end a run of three straight defeats on a disappointing day at Turf Moor.

Wilf Zaha gave the Eagles something to hang onto with his second goal of the season in first half stoppage time.

And after Chris Wood spurned a glorious chance to turn the game on its head midway through the second half, Jeff Schlupp sealed Burnley’s fate with a late second.

Robbie Brady made only his second start of the campaign, coming in to play on the right flank as Jeff Hendrick moved inside to cover the suspended Ashley Westwood.