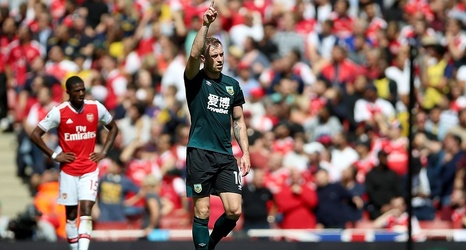 Record holder Ashley Barnes has a signed a new contract to extend his stay at Turf Moor.

The Clarets’ striker has penned a deal running until June, 2022 with the option of an additional 12 months.

The new contract replaces Barnes’ existing agreement, which had just over 18 months to run.

And the 30-year-old – who joined Burnley from Brighton in January 2014 – doesn’t want that to be the end of the road as he looks to complete his career at Turf Moor.

“I’d like to see out my playing days here,” said Barnes – the Clarets’ leading scorer in the Premier League era with 36.