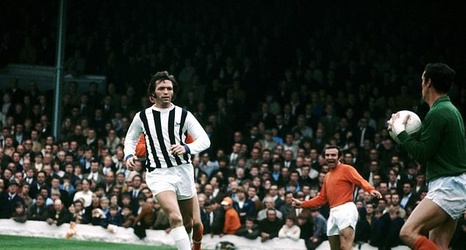 The organisation leading the fight to understand a link between football and brain disease know of at least 500 former players who have been affected, Sportsmail can reveal.

The Jeff Astle Foundation believe the number may represent a fraction of the actual total.

It emerged on Saturday that six of the 11 players who won the title for Burnley in 1959-60 have died with dementia while a seventh, Jimmy Robson, is also now struggling with the illness.

One of the Burnley six was Jimmy McIlroy, whose daughter Anne joined 81-year-old Robson’s daughter Dany in claiming she had not received the support she had expected from the Professional Footballers’ Association.