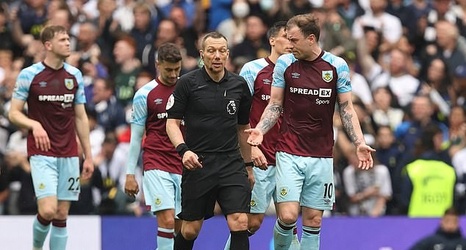 Burnley forward Ashley Barnes has claimed that referees want his team to get relegated.

A win against Newcastle on Sunday would effectively ensure that Burnley stay in the Premier League.

However, Barnes feels that there is an agenda against Burnley from officials given their reputation for being a physical side.

As reported by The Independent, Barnes said: 'In recent seasons people look at us and think we're a hard team, being ugly.

'No disrespect, I think people, even referees, want us gone from the league.