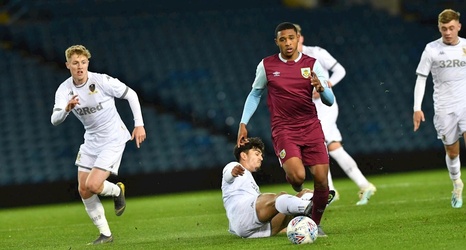 Academy youngsters Ne-Jai Tucker, Michael Mellon and Joe Bauress are all away representing their respective countries this week.

Tucker, a second-year scholar, is away with Bermuda U20s, U16 striker Mellon is with the Scotland U17s and Bauress, has linked up with England's U15s training camp, being the youngest in the squad.

Tucker, who has represented Bermuda before in previous age groups, will be apart of the U20s squad, as they compete in the Concacaf U20 Championship matches against Barbados, Cayman and Puerto Rico.

Meanwhile, Mellon, who has already made his debut for Burnley's U18s and scored, was on the bench for Scotland's U17s' draw against Hungary on the weekend, but could feature this afternoon (Monday), as Brian McLaughlin's side face Sweden in a friendly.