Who is the Next Sabres’ Franchise Goaltender? 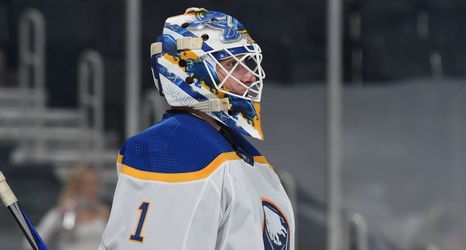 One thing the Buffalo Sabres have lacked since February 2014 is a franchise goaltender. Ever since Ryan Miller was traded to the St. Louis Blues on that fateful day, the Sabres haven’t found that long-term, steady presence in net, and it’s been sorely missed.

Miller essentially stepped into that position when Hasek left, but it’s been a tumultuous few years since his own departure. Since Miller joined the Sabres in 2002, 26 different goaltenders have skated in at least one regular-season game for the team.