What’s your favorite Sabres moment of the decade? 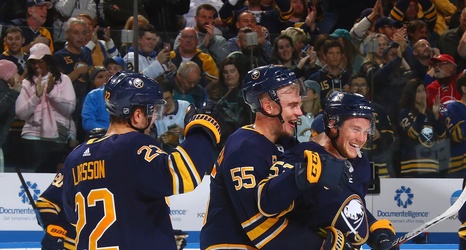 Only 25 days remain in the 2010s decade as of this writing. In the world of the Buffalo Sabres, it’s been quite a decade, filled with ups and downs, highs and lows.

As the year - and the decade - approach their end, we want to know: what’s your favorite Buffalo Sabres-related moment that happened between January 1, 2010 and the end of this year?

Maybe it’s the day the Sabres drafted now-captain Jack Eichel, or the day Rasmus Dahlin made his NHL debut, or that time Buffalo had a lengthy winning streak and the best record in the NHL at one point last season.