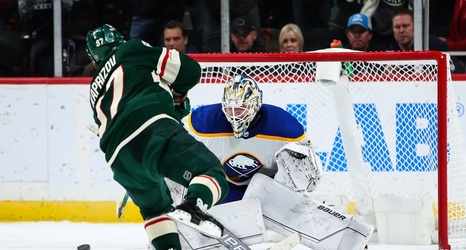 The Buffalo Sabres have endured goaltender weaknesses for years. Ever since the team traded Ryan Miller to the St. Louis Blues, and many fans and pundits would argue, ever since Dominik Hasek left Buffalo to play for the Detroit Red Wings, the team has struggled to find a franchise goaltender who can keep pucks consistently out of the net. Much of the time, the team’s offense also hasn’t helped matters.

After Miller’s departure, the Sabres promoted backup goalie Jhonas Enroth to starting goaltender. Enroth had a solid .911 and .