The Perfect End to an Imperfect Season 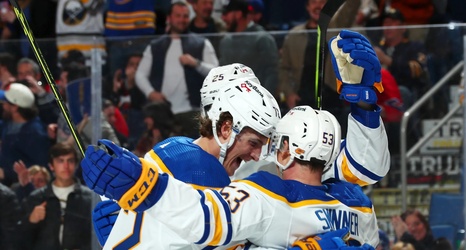 When was the last time Buffalo Sabres fans were genuinely sad to see the team’s season come to an end? It feels like... it’s been a while, right? But that’s the sentiment we’re all left with following Friday’s season finale OT win over the Chicago Blackhawks. While this season certainly had its up and downs, its highs and lows, its surprises - good and bad, in the end, what came out of it was a truly special group of players that helped revive the city of Buffalo’s love of hockey.

The energy around this team became palpable as the season went on.