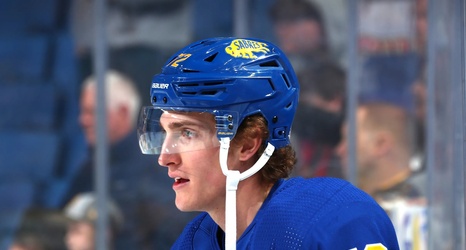 I’ll be totally honest with you: when the Buffalo Sabres got Tage Thompson as part of the Ryan O’Reilly trade back in 2018, I didn’t think too much of him. It’s not that I didn’t like him, but he wasn’t exactly a ‘big name’ or a ‘splash’ at the time - just a 20-year-old kid who’d been drafted 26th overall and had nine points in 41 games in his first NHL season.

I certainly didn’t envision him being the Sabres’ top-line center a little shy of four years later, helping lead the team’s resurgence and showcasing his skills as an offensively-talented player.