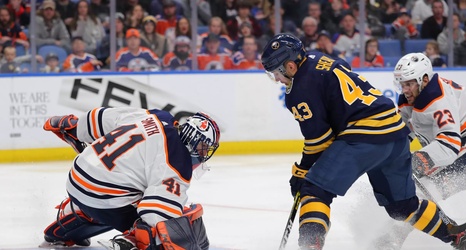 Minus-1: A Rough Start

The Sabres didn’t show up ready to play on Thursday night. Within the first seven minutes of game action, they found themselves in an early 2-0 hole to the Oilers. Riley Sheahan scored just 5:06 in to give Edmonton the lead. Less than two minutes later, Ryan Nugent-Hopkins doubled their lead, putting the Sabres down by a pair.

Though this time the Sabres were able to climb back, the team needs to work on better starts to games.