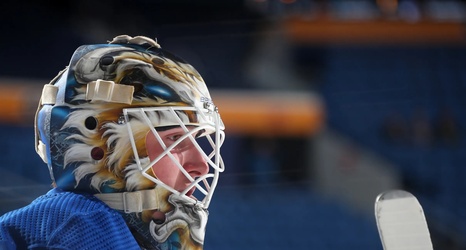 The Buffalo Sabres’ goaltending situation has turned even bleaker than it already was, after both netminders were injured in Tuesday night’s loss to the Tampa Bay Lightning.

The Sabres now have a whopping FOUR goaltenders on their injured list, and the prognosis isn’t great for any of them:

Ukko-Pekka Luukkonen, who started Wednesday’s game, left after the first period with a lower-body injury and didn’t return. After an MRI, he’s considered week-to-week.

Malcolm Subban came in to relieve UPL, but he too was eventually hurting after Lightning forward Pat Maroon fell on him.