Sabres’ Eichel Era Ends With Lessons And Learning About Hope 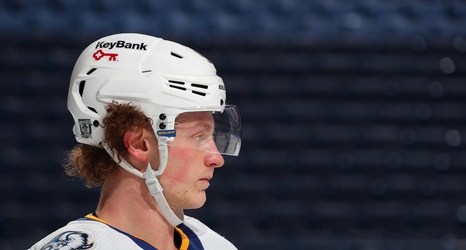 Jack Eichel is off to Vegas and is no longer a Buffalo Sabre thus ending a sad, frustrating, and very defeated chapter in franchise history.

After months of rumors and speculation and patience to the point of exhaustion, the Buffalo Sabres traded Eichel to the Vegas Golden Knights after months of being in a holding pattern as Buffalo GM Kevyn Adams held firm in his resolve to get the best return. Whether or not you like adding Vegas’ top prospect Peyton Krebs and Alex Tuch and his Upstate New York pride, it’s a deal that’s impossible to say one side “won the trade” or not.