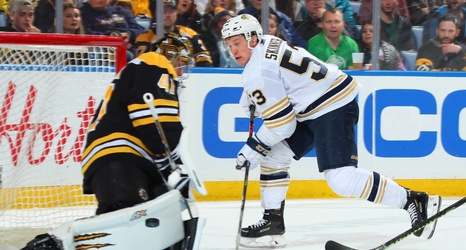 While the team in front of him left a lot to be desired tonight, Linus Ullmark did everything he could to keep the Buffalo Sabres alive against the Boston Bruins. Early in the game he was able to make critical saves from point-blank range while his defenders did very little to clear high-danger areas.

With 22 saves on 24 shots, tonight marked the sixth time Ullmark has posted a .