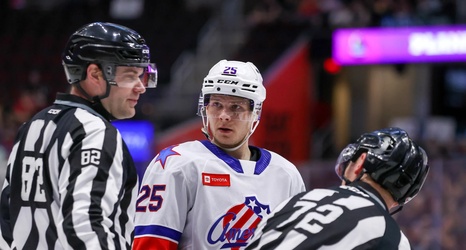 It appears that Buffalo Sabres forward Arttu Ruotsalainen will be playing overseas next season. The forward has signed a one-year deal with EHC Kloten, a professional team based in Kloten, Switzerland. The team plays in the NL, the National League.

Since the Sabres did extend a qualifying offer to Ruotsalainen, the team will retain his Nroth American rights for the time being. The lone restricted free agent left to sign is now goaltender Ukko-Pekka Luukkonen.

While he may have dominated another year with the Amerks, it’s pretty clear that Ruotsalainen wants to play in the NHL.