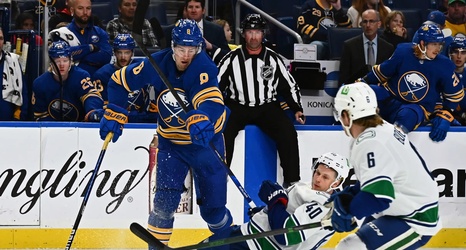 Throughout this season’s early goings, Robert Hagg has stood out as one of the most consistent and effective defensemen in the Buffalo Sabres lineup. Last night, the big Swedish defender was at it again, crushing Tampa Bay Lightning star Steven Stamkos behind the Sabres’ net, then cleaning out Tampa Bay centreman, Anthony Cirelli, from the blue paint to ward off a quality scoring threat.

The hits and the gritty defense have been a part of Hagg’s game since he entered the NHL during the 2016-17 season with Philadelphia.