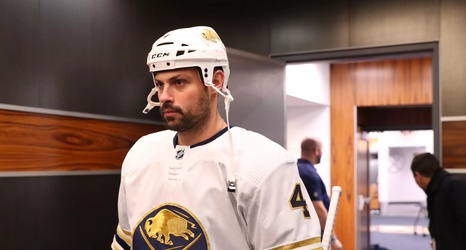 Earlier Thursday, it had been reported that Buffalo Sabres defenseman Zach Bogosian would be a healthy scratch.

With the current roster crunch on the blueline, Ralph Krueger has had his hands full with rotating in-and-out defensemen to not only keep players active but also in an attempt to find the best pairings.

It appeared that tonight was Bogosian’s night where he pulled the proverbial short straw.

Shortly before tonight’s game against the Predators, a report broke on Twitter.

Just like that, the reason for Bogosian’s healthy scratch changed.