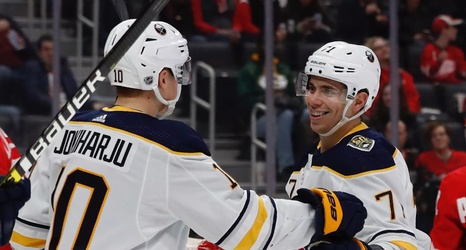 There has been a lot of criticism surrounding Sabres forward Evan Rodrigues this season - between a trade request, lack of ice time, and a bad attitude, it’s no secret why. However, tonight the 26-year-old showed up and finally broke his scoreless streak. In addition to scoring at even strength, Rodrigues also contributed to the Sabres’ first power play in the first period to get the visiting team ahead by two goals early in the game.