Pilut and Johansson to play in 2020 AHL All-Star Game 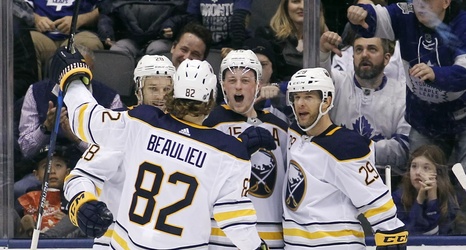 This afternoon, it was announced that defenseman Lawrence Pilut and goaltender Jonas Johansson would represent the Rochester Amerks in the 2020 AHL All-Star Game in Ontario, CA. Both players have made significant contributions to help push the Amerks to first place in the North Division with 44 points in 32 games.

For the 24-year-old Pilut, this will be his second trip in as many years. With 20 points in 27 games this season, he ranks second on the team behind veteran blueliner Zach Redmond (who represented the Amerks as an All-Star last season).