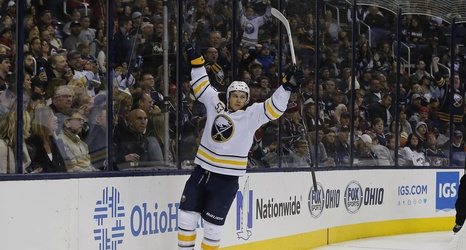 With one fell swoop, the month of October has already come to an end for the Buffalo Sabres.

As hard as it may be to believe, we are now 12 games deep into the season. That might qualify as something around ankle deep – I am no measuring expert.

Good news though - the Sabres have had a relatively successful month of October, finishing with a record of 6-4-2.

That is good enough for fifth in the Atlantic Division and currently puts Buffalo in the second Wild Card spot.

A month that featured the team’s best point percentage in a month with at least five games since March 2016 (thanks Sabres PR).