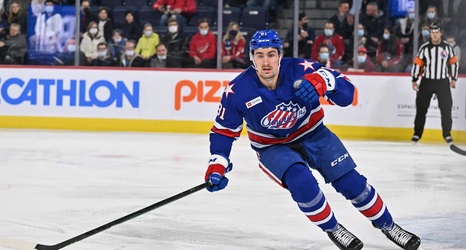 The Rochester Americans overcame a poor third period performance & won 4-3 in overtime Friday night, sweeping their best-of-three series against the Belleville Senators in the first round of the AHL’s Calder Cup Playoffs.

Brett Murray, who played 52 games with Rochester this season and another 19 with the Buffalo Sabres, scored the game-winning goal off a feed from Arttu Ruotsalainen late in the first overtime period. The victory marked Rochester’s first Calder Cup Playoff series win since 2005 and followed a 4-3 overtime win on Wednesday that saw Ruotsalainen tally the game-winning tally.

The Amerks will now head to Utica to face the first-place Comets in a best-of-five series beginning Tuesday night.