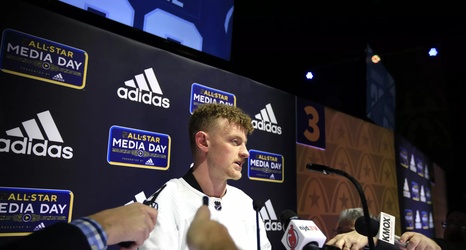 Out of nowhere yesterday there was some chatter about a potential Jack Eichel trade, and just like that, the talk was dismissed as well.

Thanks to the in-depth reporting from NHL insider Bob McKenzie, the Buffalo Sabres did receive some phone calls asking if the club were looking to trade away the captain and centerpiece of the franchise when new General Manager Kevyn Adams took over in June. but nothing came of it and the matter has been laid to rest.

The journalist spoke at length with Peter Fish, the player’s agent, who dismissed the notion that Eichel wants out of Buffalo, and similarly Adams is not looking to trade the player either.