Can Olofsson be the main goal scorer for the Sabres? 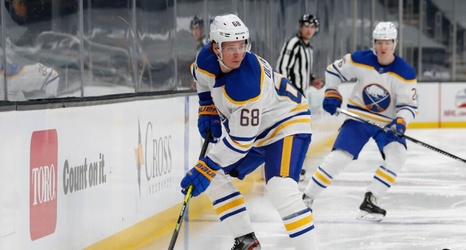 The Buffalo Sabres roster is going to look a lot different this season than it has over the past few years. With players such as Sam Reinhart and Rasmus Ristolainen being traded for younger talent and draft picks, and Jack Eichel either missing the start of the season due to injury or just being on an entirely different team once the season rolls around, Buffalo will need others to step up if they want to be competitive.