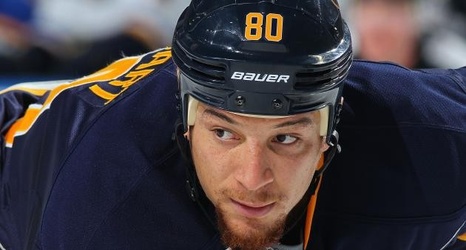 On this day in Buffalo Sabres history back in 2004, the team sent Curtis Brown and Andy Delmore to the San Jose Sharks.

In exchange, the Buffalo Sabres received Jeff Jillson and a 9th-round draft pick in 2005.

How’d that one turn out? Well, spoiler alert, but… it wasn’t pretty for Buffalo.

Brown was the bigger loss here for the Buffalo Sabres; he’d been with the team since being drafted in 1994, 43rd overall.