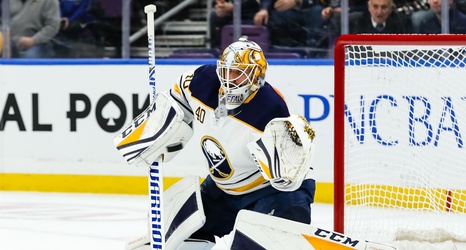 It’s no secret that the Buffalo Sabres Goaltender Carter Hutton has had an excellent week, now he has been recognized for his play by being named the NHL’s third star of the week.

Carter Hutton has been off to a fantastic start this season. Coming into the year, many questioned if Hutton would last the first month with the Sabres. Based on how much his play had regressed over the last few years, the questions made sense. But through three weeks in 2019, Hutton looks like a reborn goaltender. Before we talk about what has caused his resurgence, let’s talk about what he did to be the NHL’s third star of the week.